The appearance of Dorje Shugden 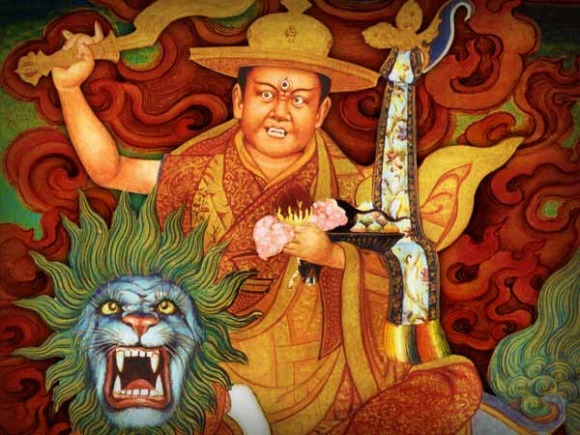 Like all Buddhist deities, every part of Dorje Shugden’s holy form carries a profound meaning and is a teaching to guide us to Enlightenment. In this case, each part of Dorje Shugden body represents an aspect of the Lamrim and meditating upon his form alone can bring us many realizations and attainments.

With beauty and power the following excerpts (in quotation marks) from prayers and praises to Gyalchen Dorje Shugden express via his outer appearance his inner intent and wishes. 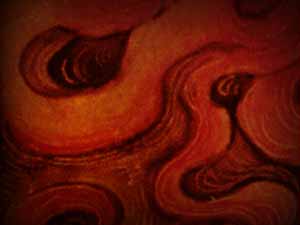 The “dark wind-swept wisdom fire” emanates directly from each pore of Dorje Shugden’s body. It is a manifestation of Dorje Shugden’s Bodhichitta, or great compassion, and it is said to burn through our obstacles and mental obscurations which have arisen from our negative karma. The closer we get to Dorje Shugden, the more Dorje Shugden’s flames will consume whatever keeps us away from the path of enlightenment.

“In the middle of a dark wind-swept wisdom fire, on lotus and sun, and an enemy-trampling, frightening, watchful lion is the supreme heart jewel of Dharma protectors, Dorje Shugden, the mighty King.” 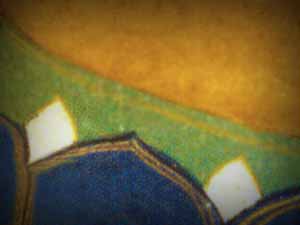 The lotus he sits upon shows that all his actions are based on and arise from great compassion; the sun disc atop the lotus reveals his direct realization of emptiness.

The snow lion that Dorje Shugden rides on is an emanation of his fearlessness that arose when he gained victory over ignorance, attachment and hatred. This snow lion tramples enemies, the greatest ones being the afflictive emotions which arise from the self-grasping and self-cherishing mind.

Dorje Shugden tramples these “enemies” into the sun disc, which symbolizes his destruction of ignorance (self-grasping) by means of realizing emptiness – the ultimate way to frees ourselves from the self-grasping mind. The lion appears to be frightening to us because our ego fears nothing more than the confrontation with the truth.

However, from his side, wrath is just a method employed for achieving quick, powerful action in order to be most beneficial. Dorje Shugden’s wrathful appearance and expression serves to destroy ignorance and obstacles in the same way; by this, all selfishness and its resulting obstacles crumble and disintegrate. 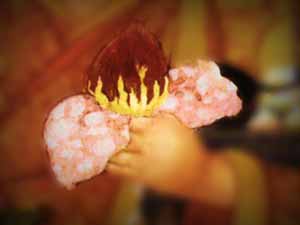 The heart jewel which Dorje Shugden holds in his left hand at the level of his heart refers to the legendary wish-fulfilling jewel that can grant us whatever we desire. The heart symbolizes our innermost essence, our deepest wish, the embodiment of all that we wish for – enlightenment. This shows that Dorje Shugden is the essence of all the forces that support and protect those who dedicate their lives to others by striving for the supreme attainment. Then, like Geshe Rabten has said,  “…he will give you his very heart.”

In certain teachings, this heart is known as the enemy heart, symbolising the root of all our problems, our greatest enemy – ignorance – which Dorje Shugden rips out. In another translation, this heart of great bliss also symbolises his pure Bodhicitta motivation, which is to refrain from the personal peace of Nirvana for the sake of all living beings. 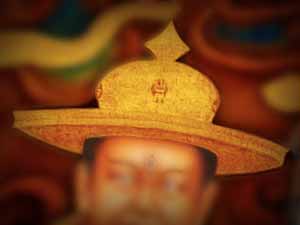 The three layers of monk robes which Dorje Shugden wears symbolise pure ethical conduct of the Pratimoksha, Bodhisattva and Tantric Vows. It is a strong reminder to us to hold vows and practice morality at all times. The domed-hat he wears proclaims the highest view of Madhyamika, of which Nagarjuna was the first propounder. Later, Je Tsongkhapa presented it in his teachings with unsurpassed clarity for our present time.

“The system of Nagarjuna, the highest view, free from extremes, and the supreme conduct of the Vinaya, the Buddha’s code of conduct; as an instruction to migrators that one should practice thus, you are adorned by the domed hat and saffron robes, to you I praise.” 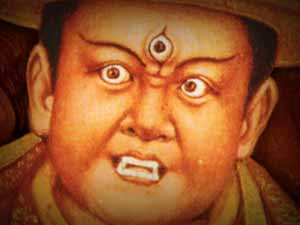 The meandering wisdom sword of Dorje Shugden is similar to the one Manjushri wields. It cuts through delusions, which keep us from perceiving reality for what it really is.

“Your razor sword of superior wisdom rips through the foe, Samsara, and you hold the heart of great bliss which slaughters the extreme of Nirvana; to you who, for the glory of infinite migrators, shows signs of the skilful means, which have arisen from extremes of both Samsara and Nirvana, I offer praise.”

Dorje Shugden also holds a ‘taming hook’ in his left arm, showing that his power works throughout the three realms of existence. Resting in the crook of Dorje Shugden’s left arm is a jewel-spouting mongoose, an ancient omen of wealth to come. This means that by doing his practice, Dorje Shugden will provide sincere practitioners with all their material needs.

He also is seen wearing tiger-skin boots, which reveals his appearance as a worldly god. This means that although he is a fully enlightened being, he has closer karmic affinity to all ordinary beings and thus manifests in a form that is “closer” to us. He is therefore also “easier” to propitiate than other transcendent Protectors such as Kalarupa and comes to our aid very swiftly. 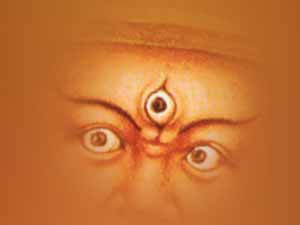 Finally, his third wisdom eye, in the middle of his forehead perceives directly the totality of relative and absolute reality of past, present and future, and denotes his omniscient ability to perceive the three times simultaneously.

“Smiling with ruby complexion of affection and compassion, elegant in whatever emanation of wrath, passion, or smiling peace, the instant one remembers the limitless secrets of your body, all needs and desires are granted, to you I praise.” 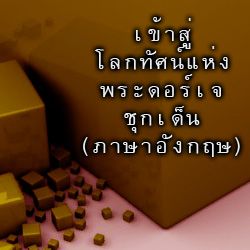 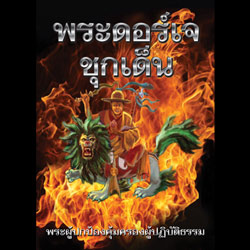 This concise educational talk tells you about Dorje Shugden, who he is, where he comes from and how he can help you

Make a prayer at our Dorje Shugden chapel in Bangkok for chok dee, protection and for your wishes to be fulfilled 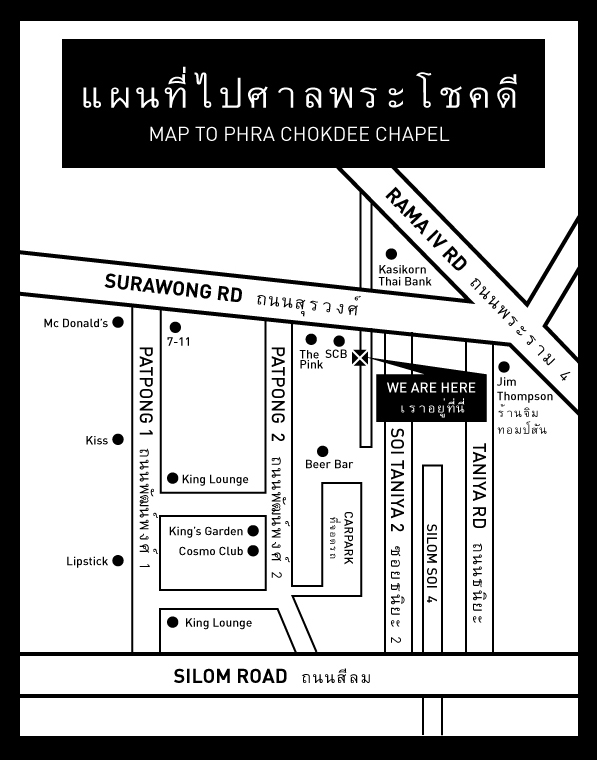